Information Sharing and Transparency in Government

Information is fundamental need of humans to perform various tasks. It has been found that the ability to seek, receive and circulate information is crucial to secure human rights. One way of looking at “Democratisation of Information” is the capability of every person to get the information they need to enhance their lives because it assist to make wise decisions in life. Another dimension to this is building an information-driven society which has access to all services and facilities with minimum bureaucratic and procedural formalities. Generally, information services are an important support for any democratic government. Citizens trust on information for making decisions which impact upon their social, political and economic lives. In this framework, there are many laws which oversee the right to access, and disseminate information locally and internationally (Hakielimu, LHRC, REPOA, 2005). 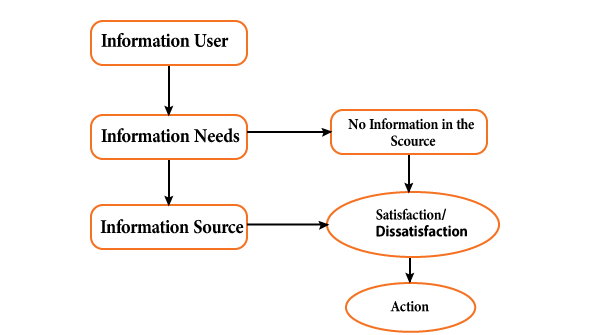 Transparency in governance: Governance is the exercise of economic, political and administrative authority to manage a country’s affairs at all levels. The concept of Governance is broader than Government. The notion of Governance focuses on institutions and processes.

Good Governance has major features such as

An information-driven society leads to transparency and accountability. This provides drive to programmes aimed to enhance the processes and systems of public bodies thereby improving service delivery. Since transparency involves sharing of information -meaning most decisions of officials, and important rules and regulations are in the public domain- it thoroughly reduces chances of corruption, nepotism, favouritism. Lack of information about the functioning of government agencies can make it easy for corrupt officials to cover their tracks. On the other hand, when officials recognize that their decisions will be out in the open, then they will be less motivated to act randomly or with self-interest. It can be said that the least transparent Governments exist in the most corrupt countries. A number of international bodies with the responsibility of promoting and protecting human rights have recognised the fundamental nature of the Right to Information (RTI). While the flow of information has some understandable benefits like increased transparency, accountability, public participation and empowerment, it has some drawbacks too. If the information is used to make allegations to malign public servants or create disorder it can negatively impact the working of public bodies. Adequate checks and balances are needed in the systems to ensure that information is not misused by such elements. Transparency is widely recognized as core principle of good governance. Transparency means sharing information and acting in an open manner. Free access to information is a key element in promoting transparency. Information must be timely, relevant, accurate and complete for it to be used effectively. Transparency is also considered essential for controlling corruption in public life. Transparency and accountability in Government are mutually reinforcing.

Transparency upholds accountability and delivers information for peoples about the activities of Government. Information maintained by the Federal Government is a national asset. Executive departments and agencies should harness new technologies to put information about their operations and decisions online and readily available to the public. Executive departments and agencies should also solicit public feedback to identify information of greatest use to the public. Transparency in governance also has constructive impact on the efficiency of Government functioning. Since most rules and regulations are already in public domain, most people approaching the Government for its services will already know about the basic requirements, and officials will not waste valuable time explaining their position to people. Likewise, transparency increases accountability of the Government officials. As the power of all officers and arms of the Government are out in the open, and proper records of all actions of officials are available, it becomes easy to fix responsibility in case of any offense. On the other hand, if decision-making process is shrouded in secrecy, officers involved will take the onus of an inappropriate decision.

But significant effect of transparency is on people themselves, especially the disadvantaged lot. Transparency in governance is actually empowering such as People know whom to approach for which work, they can easily discover if they are eligible for special schemes of the needy like jawahar Rojgar Yojana, the targeted public distribution system, etc. In such a situation, people will not be forced to request officials for what is their legitimate right. It is apparent that transparency in governance augments the quality of governance and leads to lowering of governance and leads to lowering of corruption. However, transparency in itself is not enough to eradicate corruption. This is because, while transparency implies availability of information, it also requires an educated and intellectual population to find out the real meaning of the available information and act on it. Lessening corruption also requires a prompt and effective criminal justice system, which can swiftly punish the guilty. So, it is established that transparency is a needed but not sufficient condition to eliminate corruption.

Additionally, in Indian scenario with a large population of uneducated and poor people, information has not only to be made available, but the availability of information itself has to be advertised. This means that there is a need of activists who can inform and educate the public about the kind of information available to them and how to use that information. While, some government departments have been performing this role, there is a lot of gap remaining which has to be bridged by social activists and the media.

To maintain transparency, government need people who can seek information from required sources, collate it and make it understandable to the people who may be affected by such information. The news media is support of society which can effectively do this. Non-governmental organizations, especially those working in the field of RTI or people’s empowerment can be another.
To summarize, Information sharing and transparency are vital components for any government to enhance the living of society. Information is valuable for every citizen to participate in the life and governance of society. The greater the access of the citizen to information, the greater would be the responsiveness of government to community needs. Transparency is considered imperative to procure the support and participation of citizens in management of public services.

PrevPreviousProbity in Governance: Philosophical Basis of Governance and Probity
NextConcept of Public ServiceNext