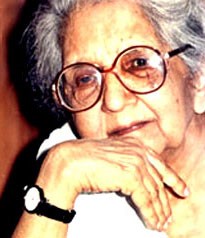 Achievements: Aruna Asaf Ali played a leading role during Quit India Movement; elected as Delhi’s first Mayor; awarded the Lenin Prize for peace in 1975 and the Jawahar Lal Nehru Award for International understanding for 1991; honored with Bharat Ratna in 1998.

Aruna Asaf Ali was a legendary heroine of India’s freedom struggle. Her moment of reckoning came in 1942 during Quit India Movement and she rose to the occasion. She unfurled the national flag at the Gowalia Tank maidan to signify the commencement of the Quit India Movement and became a legend for thousands of youth that rose to emulate her.

Aruna Asaf Ali was born as Aruna Ganguly on July 16 1908 at Kalka (Haryana) in an orthodox Hindu Bengali family. She was educated at Sacred Heart Convent in Lahore, and then in Nainital. After graduating from school, she taught at the Gokhale Memorial School in Calcutta. In Allahabad, she met her future husband, Asaf Ali,a prominent Congressman who was 23 years older than her. They were married in 1928 against parental opposition on the grounds of both religion and age.

As Asaf Ali was deeply involved with the freedom struggle, after marriage Aruna Asaf Ali too plunged into it. Her first major political action was during the Salt Satyagraha in 1930 when she addressed public meetings and led processions. British Government charged her for being a “vagrant” and sentenced her to one year’s imprisonment. When political prisoners were released in the aftermath of the Gandhi-Irwin pact, Aruna was not released. But public agitation in favor of her release forced the British government to release her.

She was arrested again in 1932 and put in Tihar Jail. In Tihar Jail she went on a hunger strike against the treatment meted out to political prisoners. Her protest caused an improvement in conditions, but she herself was moved to solitary confinement in Ambala. After her release, she dropped out of the national movement for 10 years.

In 1942 she attended the Bombay Congress Session with her husband, where the historic Quit India resolution was passed on 8th August. When the Congress leaders were arrested on the day after this resolution was passed, Aruna presided over the flag-hoisting ceremony at Gowalia Tank Maidan in Bombay. She provided the spark that ignited the movement. She became a full-time activist in the Quit India movement and went underground to evade arrest. Her property was seized by the Government and sold. The Government also announced Rs. 5000 reward for her capture. Meanwhile, she fell ill, and on hearing this Gandhiji advised her to surrender. However, Aruna Asaf Ali surrendered herself only when the warrants against her were canceled on 26th January 1946.

At the time of independence, Aruna Asaf Ali was a member of the Congress Socialist Party, which until then had been part of the Congress framework. In 1948, however, the socialists, including Aruna, formed a socialist party of their own. In 1955 this group merged with the Communist Party of India and she became a member of its Central Committee and a Vice President of the All India Trade Union Congress. In 1958 she left the Communist Party of India and was elected Delhi’s first Mayor. she rejoined the Congress party in 1964 but ceased to play an active part in politics. She was awarded the Lenin Prize for peace in 1975 and the Jawahar Lal Nehru Award for International understanding in 1991. Aruna Asaf Ali died on died July 29 1996. She was awarded India’s highest civilian award, the Bharat Ratna, and was honored with a stamp issued by the Indian Postal Service in 1998.